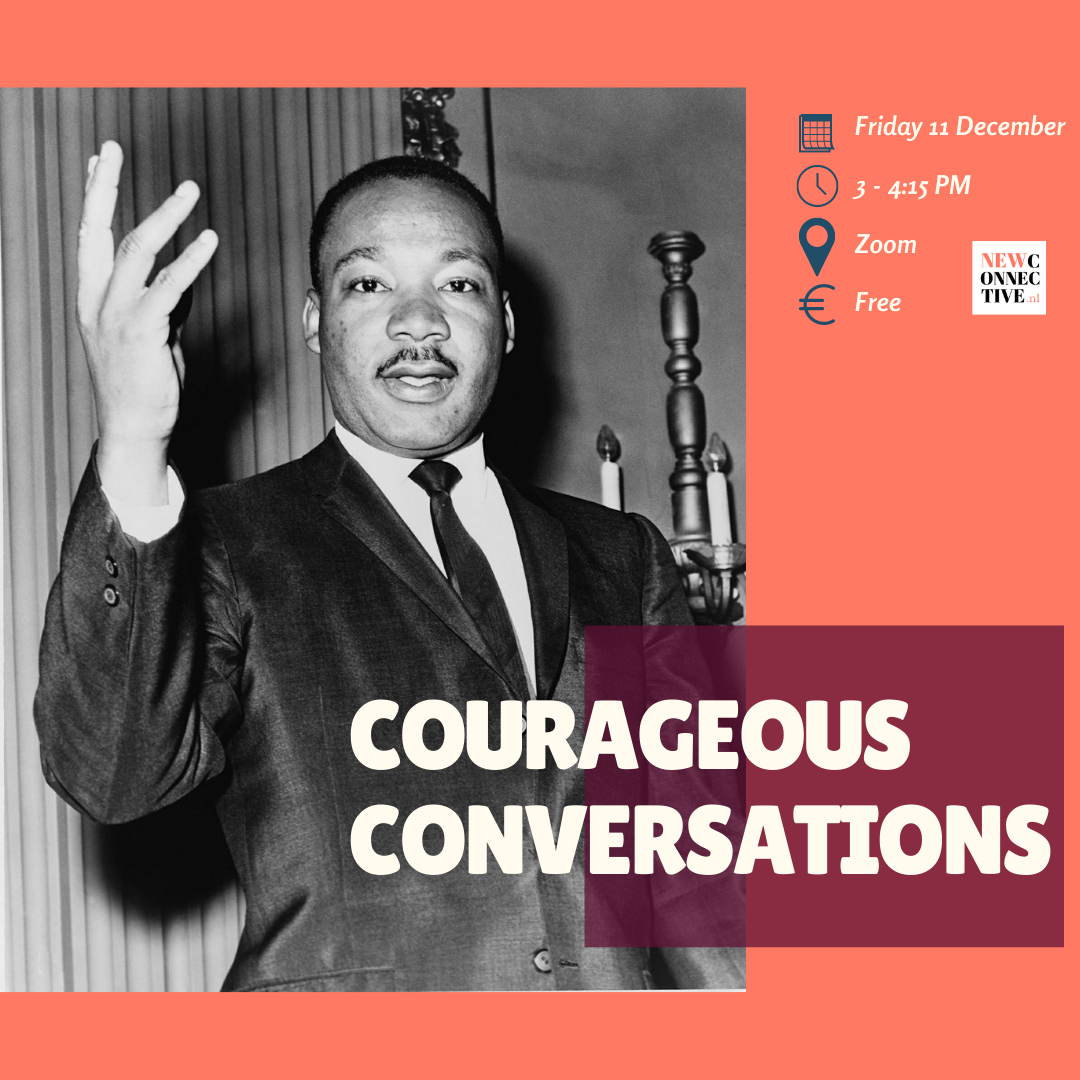 NEWConnective is organizing together with the Faculty of Religion and Theology (VU) the 10th Courageous Conversations:

Do you feel heard in the discussion about BLM?

Martin Luther King visited the Netherlands several times. On the 20th of October 1965 he received an honorary degree in the social sciences at the Faculty of Social Sciences of Vrije Universiteit. Fifty-five years later the Black Lives Matters movement is still as active and visible as in the days of King himself.

Though there are people that believe the discussion should now be closed, because we have talked enough about it, or that even systematically deny the existence of structural and institutionalized racism. At the same time, more companies are paying attention to the movement, think of T-Mobile, Bol.com and Deloitte who came out by opting for diversity and against racism. Due to the efforts of people who’ve fought so hard for equal rights and awareness. They keep the #BLM discussion alive and ongoing.

So how do we look at the Black Lives Matter movement today? And does everyone feel heard in the #BLM discussions? Is the movement reaching enough people? And what about the people who voices hardly rise above the loud voices? And apart from the big themes, the hashtag, the debate, is your view on #BLM being heard?

After a short introduction questions will be discussed in the ZOOM breakout rooms where we get the chance to dive deeper into this conversation.

Students and staff are invited to speak their mind on the Black Lives Matter movement. Either because they are actively participating in the movement, because they’re feeling very unheard in this discussion or because they don’t know where they stand in the turmoil of the discussion.